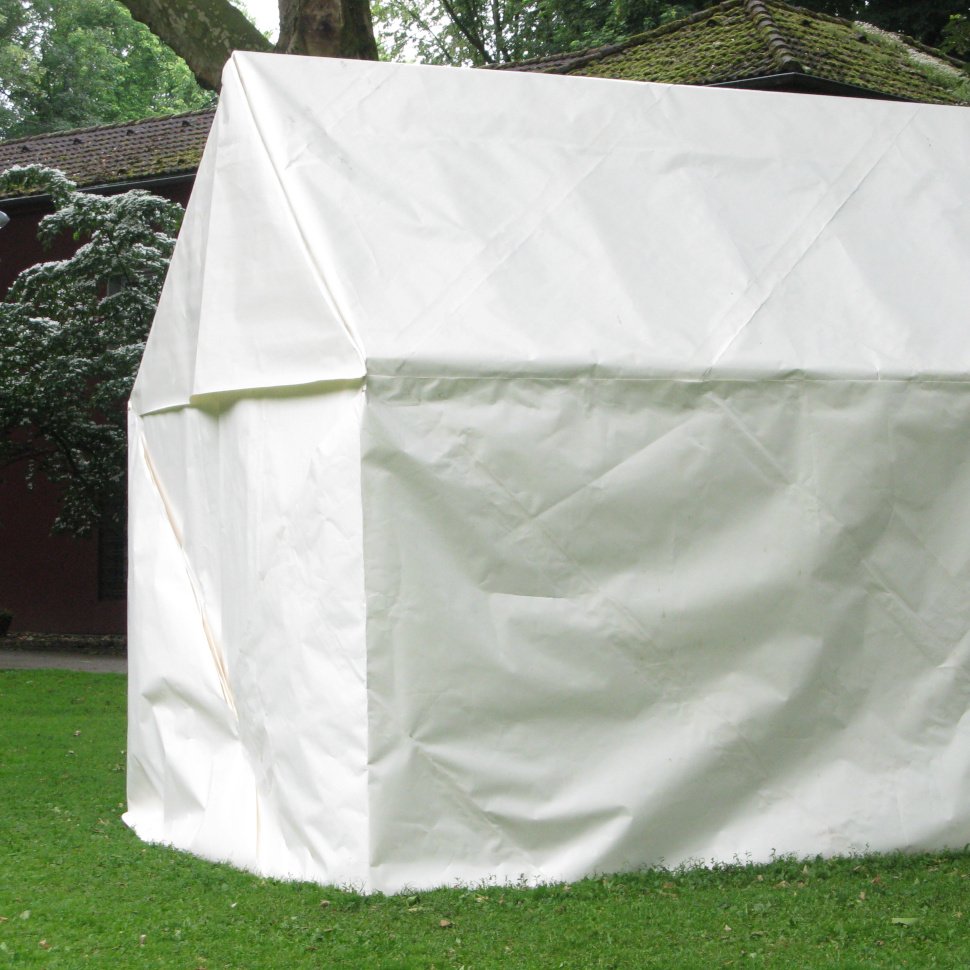 „Collectivity creates responsibility: Frank Bölter (*1969) invited all citizens of the Moltkeviertel – and beyond – to jointly fold a house made of Tetrapak-like laminated paper: five meters wide and over four meters tall. Made by many it was a house for all, a symbol for collective action, the visible result of a joint commitment to assume responsibility for public spaces. Numerous people participated setting it up. But origami is not made for eternity: in the past Bölter’s works had often proved to be ephemeral. In 2006, a paper work of his that had been erected over several weeks by a multitude of participants was destroyed by a rain storm just a single day after its completion. The artist accepted this – taking it for granted – and thus demonstrated his refusal to apply costs-benefit considerations to cultural and social achievement. This, however, goes against the interests of the association KaM, which also for this work had agreed on a much longer display time. Again and again members restored the house. HOrigamiUSE thus confronted both the association KaM, the artist, and the visitor with the dilemma as to whether or not the preservation of a work of art might not actually destroy this same work.“
(Tankred Stachelhaus)

„A monument of transitoriness is transformed more and more into a complex sculpture that tells of the seemingly contradictory competition between momentariness and preservation.““
(Frank Bölter)

Picture gallery of the changes during the time of being displayed here.

This project is sponsored and supported by Allbau Stiftung and Ingenieurbüro Lars Römling.