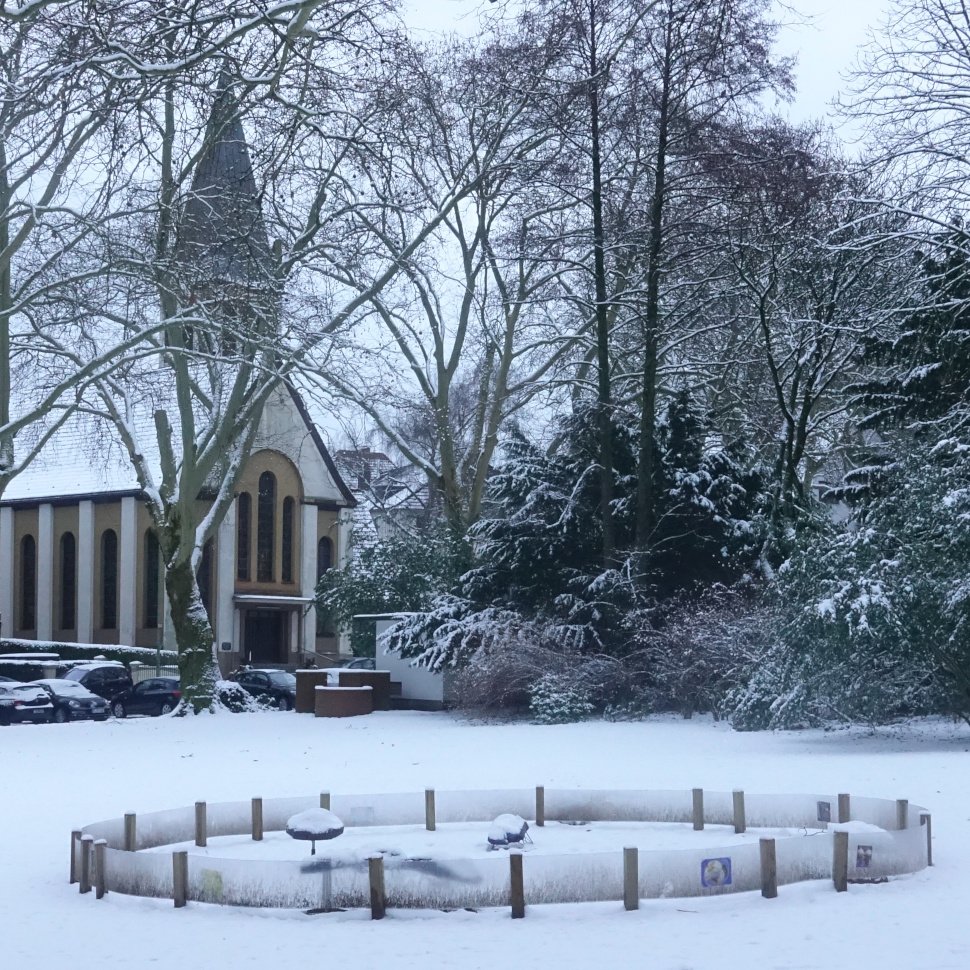 The grass surface seems to be populated by unknown creatures: iridescent shapes of different colors, standing on fragile legs. One thinks of oversized beetles or insects. Six of them stand in an area delimited by an implied fence: animals in an enclosure. Two stand outside. Have they escaped? Or not yet captured? Only a stone’s throw away from busy traffic routes and striking old buildings, most of them more than a hundred years old, the work directs the view from the traffic and architectural forms of a city to an almost rural-looking idyll. Only on approach and closer inspection does this reveal itself to be the result of a deliberate, disturbing artistic intervention.

The artist was born in Essen in 1983 and graduated from the Folkwang University of the Arts and the Düsseldorf Art Academy. Her work clearly stands out from the permanently installed sculptures with their predominantly clear forms. In deliberate contrast, this temporary installation with its biological-looking forms appears rather playful and light.

„Beetles, insects are among the first animals you meet in children’s books. Ladybugs, bees: cute and simple. In reality, this perception changes quite quickly: threatening and disgusting. It is best to make them disappear (compare Franz Kafka’s story ‚The Metamorphosis‘). The enlargement of the bugs, the abstraction and the mixture with the chair legs should allow free space for the viewer’s own thoughts.“
(Phung-Tien Phan)

This project is sponsored and supported by Kunststiftung NRW, Allbau Stiftung and Sparkassenlotterie „PS-Sparen und Gewinnen“.